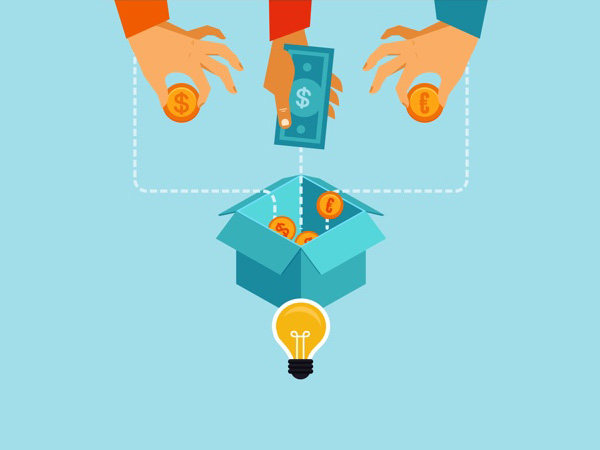 Led by Alexander Adam, founder and CEO, Gravit has just launched its third major version offering features that will allow everyone, be it a beginner or a professional, to create such designs as a logo, a Facebook cover, or a website.

Evergage, a website personalization vendor, is announcing today that it has raised $10 million in Series B funding. Evergage plans to use the funds to support its growth, and hopes to increase its headcount over 70 percent by the end of 2016. The new round was led by Arrowroot Capital, and joined by existing investors G20 Ventures and Point Judith Capital.

Dayuse, a daytime hotel booking platform, has received Euro 15 million in Series A funding. Venture capital firms Idinvest and Partech Ventures participated in the round for the Paris-based startup. Angel investors who had earlier invested in the company including Paul Dubrule, Accor Group co-founder and American Express Travel former president Charles Petruccelli also contributed to this latest round. According to a statement Dayuse will use the funds to expand the team, sustain growth in its existing countries and grow internationally.

SmashFly Technologies, a Recruitment Marketing Platform provider, today announced it has raised $22 million in Series B funding led by Bessemer Venture Partners. SmashFly will use the funds to accelerate product development, open an office in Boston and hire an additional 70 engineering, customer success, marketing and sales professionals in Massachusetts and nationwide. Existing investor OpenView Venture Partners also participated in the round, bringing SmashFly's total financing to $31 million. Timed with the investment, Bob Goodman, Partner at Bessemer Venture Partners, has joined the SmashFly Board of Directors.

Syapse, a company that provides precision medicine software, has completed the first close of a $25 million Series C funding round. The financing round is being led by Ascension Ventures, a subsidiary of Ascension, the nation's largest non-profit and Catholic health system. Existing investors Social Capital Partnership and Safeguard Scientifics also participated in this new funding round.

Vivino, a wine community and most downloaded mobile wine app, today announced a $25 million Series B round led by SCP Neptune International to fuel Vivino's explosive growth and disruption of the global wine market. Balderton Capital (formerly known as Benchmark Europe), Creandum, SEED Capital and Iconical, all existing investors in Vivino, are contributing to the round as well. This follows Seed and Series A funding rounds bringing Vivino's total funding to date to $37 million since the company was founded in 2010.

Eye Tech Care SA, a Lyon, France-based company developing and marketing equipment for non-invasive glaucoma treatment in ophthalmology, secured EUR25 million (approximately $27.13 million) in a new round of funding. Chinese investor Everpine Capital will make the investment in two different tranches. The company will use the funds for its international expansion benefiting from Everpine's presence in China in order to further continue product registration begun in 2015.

Elastifile, a San Jose, CA-based provider of all-flash, software-defined storage solution for enterprise and web-scale environments, raised $35 million in Series B funding. Backers included six data center and server industry leaders as strategic investors and Series A investors Battery Ventures and Lightspeed Venture Partners. The company intends to use the funds to continue to commercialize its solution.

Datadog, a SaaS-based monitoring platform for cloud applications, today announced it has raised $94.5M in an oversubscribed Series D funding round led by ICONIQ Capital with participation from existing investors Index Ventures, OpenView Ventures, Amplify Partners, Contour Ventures and other equity holders. The funding will be used for research and development of new product offerings and expansion of Datadog's global operations in Europe, Asia and the Americas.

Horizontal e-commerce marketplace ShopClues has entered the exclusive club of 'unicorns', or startups with at least $1 billion valuation, after raising an undisclosed amount in a Series E funding round led by Singapore's sovereign wealth fund GIC Pvt Ltd. Existing investors including Tiger Global Management and Nexus Venture Partners also participated in the round that values Shopclues at more than $1.1 billion, the company said in a statement. Although the company did not disclose the amount raised, a Mint report estimates the investment to be around $110-140 million.

Skyscanner, a Scotland-based flight-metasearch site, states it picked up $192 million in primary and secondary investments from five investors. The primary portion of the investment, Skyscanner states, will be used to accelerate its expansion, including acquisitions. The five new investors include Khazanah National Berhad, which is the sovereign wealth fund of the Government of Malaysia and an investor in Malaysia Airlines and Malaysia Airports. The others are global fund manager Artemis; Edinburgh-based investor Baillie Gifford; Vitruvian Partners, a European venture capital firm, and Yahoo Japan, which is already a venture partner in Skyscanner Japan.

Dominus Capital has held a final close of its second fund, Dominus Capital Partners II, L.P., at the hard cap of $400 million in limited partner capital commitments, surpassing an original fundraising target of $350 millionand more than doubling its debut fund. The firm received strong interest from both new and existing investors and did not retain a placement agent. Several new domestic and international institutional limited partners, including endowments, state pension plans, and a large sovereign wealth fund, were added to the Fund I blue chip roster of investors in the new fund. Fund II will make controlling equity investments in North American services, consumer, and industrial middle market companies. The firm will target platform investments in companies between $10 million and $30 million of EBITDA.If you are interested in being included in our funding roundup, submit your press release or blog post about your financing round to mitos@vator.tv

For all media requests, please contact our press team by email at press@dayuse.com

Dayuse.co.uk was founded in 2010. Dayuse.co.uk has more user-friendly interfaces than Between 9 and 5, even though it covers less countries. You can access...

Work in a hotel

Why not be innovative and modern in the way you work? Have you ever considered working in a hotel during the day?

Need to be isolated to get some work done? Set sail on a hotel day use. Authentic business hotel, it offers services tailored to the needs of the businessman....

Your dayuse, wherever you want it

Discover our new application and book a room in just a few clicks!