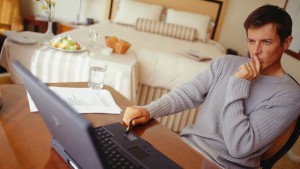 The daytime hotel booking platform has secured a $16.2 million (15 million euros) investment which it plans to use to fund new talent, growth and expansion in 2016.

Designed to fit into today's on-demand economy, Dayuse.com aims to allow travelers to book a hotel room for several hours during the daytime, during which a majority of rooms are unused. According to the startup, approximately 70 percent of hotel rooms are empty during the day.

In addition to providing guests' convenient accommodations for daytime events including interviews and meetings, Dayuse.com helps participating hotels capitalize on their available rooms.

Since its launch in late 2010, more than 320,000 hotel rooms have been booked on Dayuse.com. The platform currently spans 14 countries including the U.S. and has provided an additional 10 percent revenue for hotels.

Having closed the largest European Startup Series A investment in 2015 courtesy of venture capital firms Idinvest Partners and Partech Ventures, the company appears poised for growth.

These additional investments are a key step for Dayuse.com, Dayuse.com CEO David Lebee said in a statement. This hyper-growth phase is part of a controlled development plan that involves hiring new talents and expanding to new territories. The goal is to institutionalize Dayuse.com at an international level with the support of our partners.

The startup points out that short-term rental services like Airbnb and HomeAway have disrupted the hospitality sector, but believes its concept can restore value to hotels.