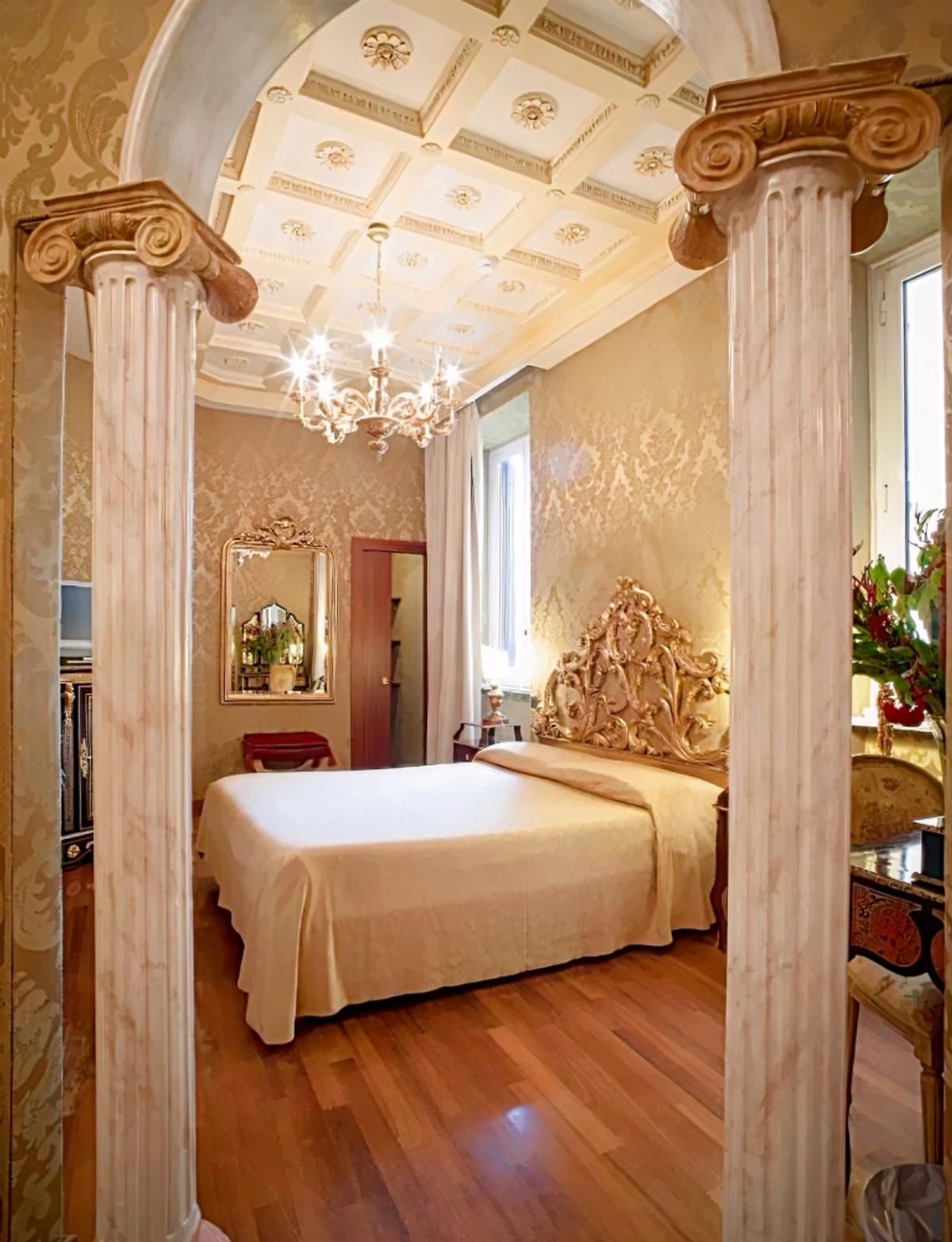 Airport shuttle (fees apply)
Description
The Hotel Des Epoques is located at Porta Pia, a work created by Michelangelo, who also designed the directional axis of Porta Pia - Quirinale, a former residence of Popes, later the residence of the Savoy monarchy and currently the residence of Italy's President.
Two ministries are situated in front of the Hotel: The Ministry of Infrastructure and Ministry of Transport. Also in front of the hotel, just a little off to the left, is the embassy of Great Britain. Behind the hotel is the "Macro" museum of modern and contemporary art.
Porta Pia is the most important historic center of Rome, capital of Italy. Up until 20 September 1870, Rome was a part of the Vatican State; with the taking of Porta Pia by the Italian army, under the Savoy monarchy, Rome became capital of Italy.
The directional axis of Porta Pia and the Quirinale was given two names: the first section was named Via XX Settembre, in memory of the date of the taking of Porta Pia, which occurred on September 20th 1870; and the second section was named Via del Quirinale. Three ministries are situated in the first section: The Ministry of the Economy and Finance, the Ministry of Agriculture and Forestry, and the Ministry of Defense. Palazzo del Quirinale is situated at the end of the second section; facing it are the Palace of the Quirinal Stables, which hosts a succession of important international exhibits for artistic masterpieces from all eras. The Church of Santa Maria della Vittoria is also situated in Via XX Settembre. It houses masterworks by Bernini, including the sublime "Ecstasy of Saint Teresa".