Could renting by the hour help hotels? this site thinks so

The French used to call it cinq-a-sept,: That time of the afternoon for men to meet their mistresses before returning to their wives. 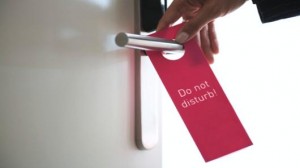 But in modern times, could it be a savior for struggling hotel chains?

French website Dayuse.com is one company helping traditional hoteliers to sell rooms for just a few hours during the day.

Buyers include travellers who want a second office, a place to stay between flights rather than use an airport lounge or somewhere to grab a quick rest.

Currently on the website, a 5 hour day time slot at a Best Western hotel in Manhattan is available from $105 dollars. The site claims that's a 70 percent saving on night time use.

DayUse launched in Paris in November 2010, focusing only on the French market. It now operates in 14 countries across Europe and North America.

After announcing EUR15 million euros of funding in January, the platform says it intends to expand to Singapore, Hong Kong, Dubai, Australia and Argentina.

According to one article published on the website, the UK business witnessed 150 per cent growth over the past two years, and expects a similar rise this year.

The firm itself says it will double staff at London and New York offices this year.

'In London we get more business clients. Perhaps people want to rest after travel or they want to conduct a quick meeting.

Near airports we get a lot of clients who have missed flights and prefer a bed to an airport lounge, he said.

Mr. Sciotti says in other markets, such as Italy, leisure bookings are more common.

But even here Sciotti says the main reason is not for love, but rather for what the company calls a daycation.

Imagine you can book a 5 star hotel for the price of a 2 star and you can use all the facilities such as a spa or swimming pool, he said.

Bookings on the site can be made in cash and reservations cancelled without cost.

Mr Sciotti says hoteliers were initially reluctant to risk their brand against accusations of seediness but 320,000 rooms have been booked since its launch.

He claims the business is now better understood and he expects more chains to come on board.

The hotel industry has suffered as internet disruptors such as Airbnb have grabbed market share.

Hotels want to compete with Airbnb by being more flexible. What that means is late checkouts and early check-ins.

Renting rooms during the day would restrict that, he said.

He was also uncertain about corporate use claiming modern hotel rooms don't lend themselves well to business meetings.

And on the tricky issue of afternoon affairs, Dr Wouter suggested some stigma over renting by the hour does remain.

I can imagine why big hotels would not want to be associated with that.

For all media requests, please contact our press team by email at press@dayuse.com

Dayuse.co.uk was founded in 2010. Dayuse.co.uk has more user-friendly interfaces than Between 9 and 5, even though it covers less countries. You can access...

Work in a hotel

Why not be innovative and modern in the way you work? Have you ever considered working in a hotel during the day?

Need to be isolated to get some work done? Set sail on a hotel day use. Authentic business hotel, it offers services tailored to the needs of the businessman....

Your dayuse, wherever you want it

Discover our new application and book a room in just a few clicks!